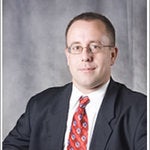 Jason Fauss is an attorney in St. Louis, practicing primarily in consumer bankruptcy, criminal law, traffic law and family law. He graduated from the University of Kansas in 1996 with a B.S. in Education. In 2005, he graduated from the Saint Louis University School of Law with a concentration in Criminal Litigation Skills and was admitted to the Missouri State Bar.

During law school, Jason served as an intern with the Missouri Public Defender's Offices in St. Charles County and the City of St. Louis. Upon graduation, Jason opened his own firm dedicated to helping individuals with their legal needs.

Jason and his wife, Kara, were married in 2006 and currently reside in St. Louis with their two children. Some of their favorite activities include spending time with their extended family, attending live theater and reading.

In addition to his professional associations, Jason serves as a volunteer with the Boy Scouts of America and his church. He is an avid sports fan and worked as a beer vendor at Busch Stadium to help put himself through law school. Not content to simply be a spectator, Jason enjoys playing golf. 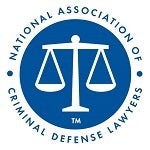 Thank you for contacting us. We will get back to you shortly.

Please complete all required fields below.

A Lawyer for Individuals

People often ask me, “what kind of lawyer are you?”

While my practice includes several areas of law, the best answer to that question is that I’m a lawyer that helps individuals who are facing tough situations. Whether your debts are overwhelming you, you made a mistake and are now facing criminal and/or traffic charges, or you have legal issues involving a spouse or children, I can help.

The Fauss Law Firm is committed to answering your questions about Bankruptcy (Chapter 7 or Chapter 13), Criminal Defense, DWI, and Family Law issues in Missouri.

We offer a free consultation and we'll gladly discuss your case with you at your convenience. Contact us today to schedule an appointment.